12 locations in England that you won’t believe exist 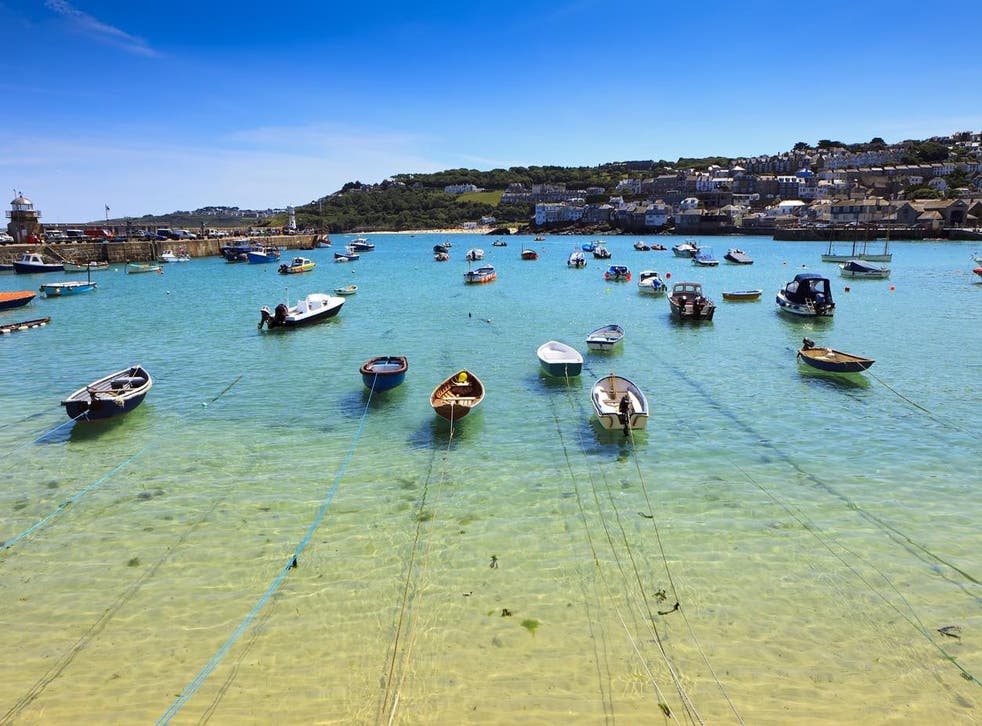 Is it Gloucestershire or Provence? The Med or Cornwall? Here are some of England’s most stunning scenery.
There are several incredible spots within the borders of England. There are many places in this country that appear to be far away but are actually right in your own backyard, from secret beaches to historic structures. There is no need to pack your passport because these are the top 12. 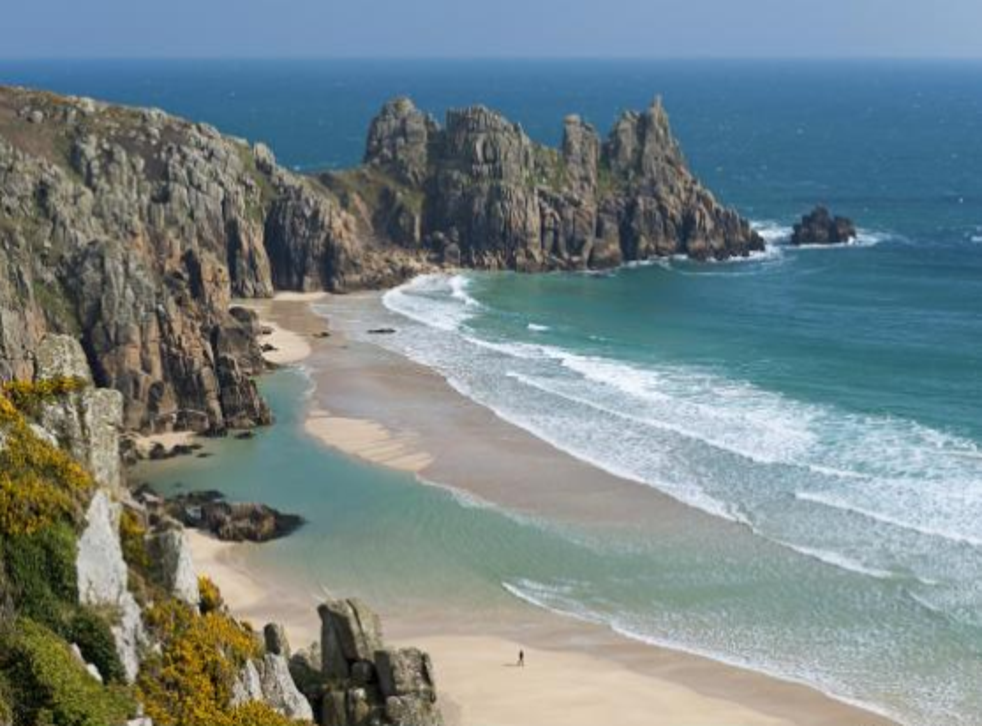 This expansive beach, which sits at the very edge of Cornwall, might as well be on a Greek or Caribbean island with its blue ocean and white sand. Because of its challenging access, Pedn Vounder, which is smaller than its more well-known neighbour Porthcurno, has gone mostly undiscovered by tourists. But if you’re ready to scale a treacherous cliff route to descend into the sand, you’ll be rewarded with a clear sea and a quiet cove. 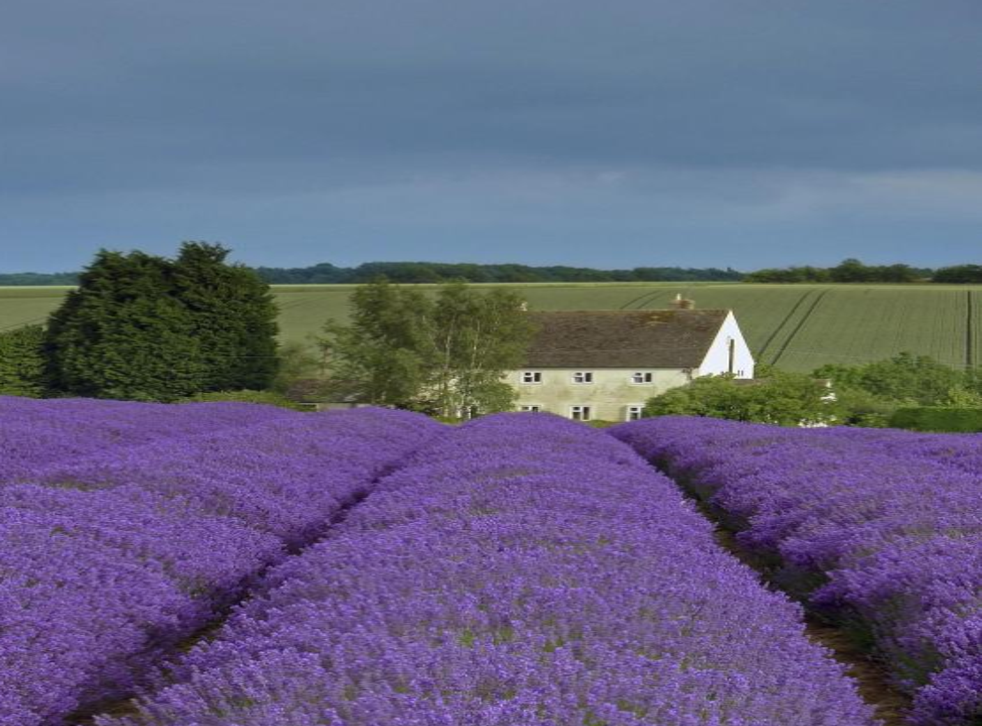 Travel to Britain
Although the lavender fields appear to be in Provence, they are actually in Gloucestershire. The distinctive purple plants should begin to bloom in mid-June during a typical English summer, with early to mid-July being the optimum time to view them. For a modest cost, farms allow visitors. 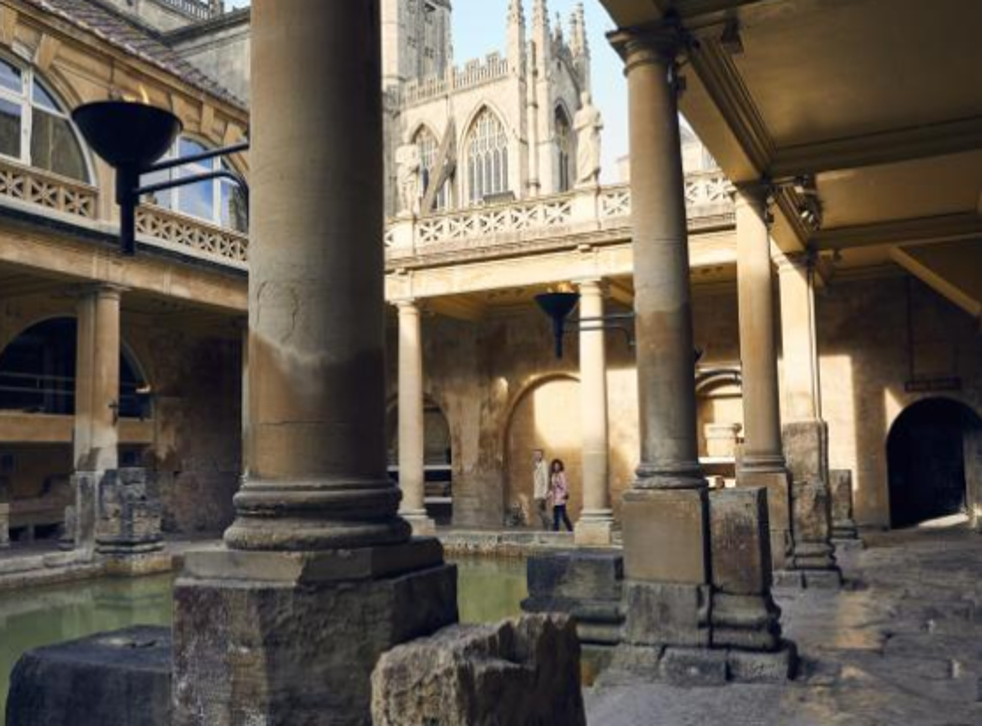 Travel to Britain
Spend an afternoon exploring Bath’s Roman bathhouse complex to step back in time. The Romans would have bathed here, which is built atop a 46°C hot spring, before dipping into a chilly pool to reenergize. One of the best-preserved ancient Roman spas in the world, the baths are situated next to a temple honouring the healing goddess Sulis-Minerva and are surrounded by stunning 18th- and 19th-century structures. 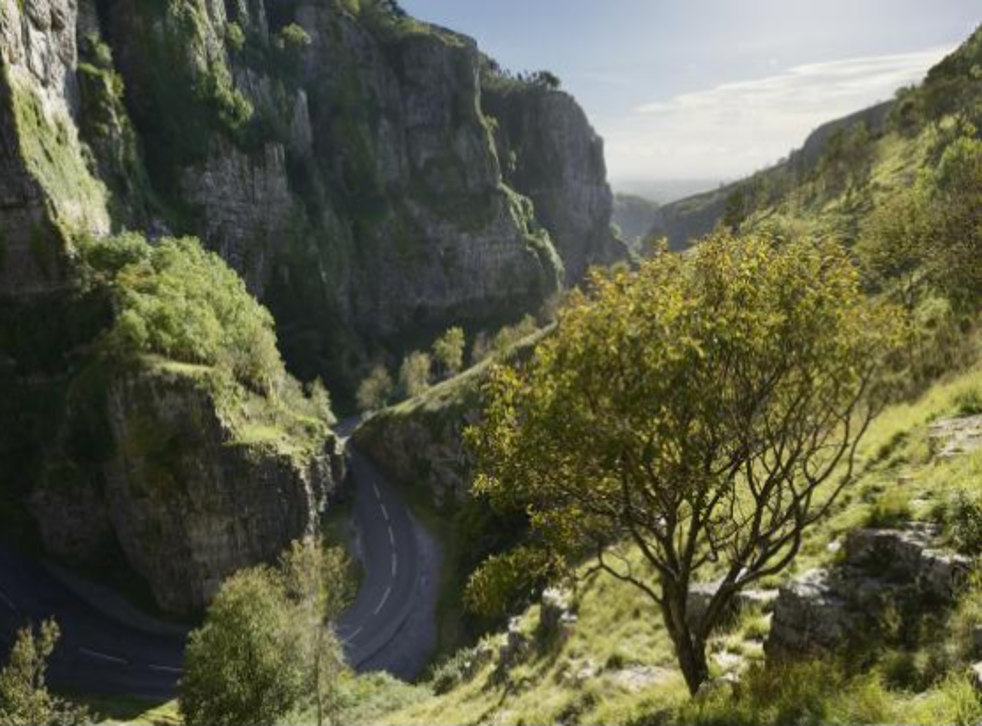 Travel to Britain
The Mendip Hills’ Cheddar Gorge is a naturally occurring rock structure that is bordered by Britain’s tallest inland limestone cliffs, which rise 450 feet. You may witness stalactites and stalagmites in the cave system that a subterranean river created beneath your feet over the course of millions of years. Cheddar Man, estimated to be over 9,000 years old and the oldest complete human skeleton ever discovered in Britain, was discovered there in 1903.

5. The Painted Hall in London’s Greenwich 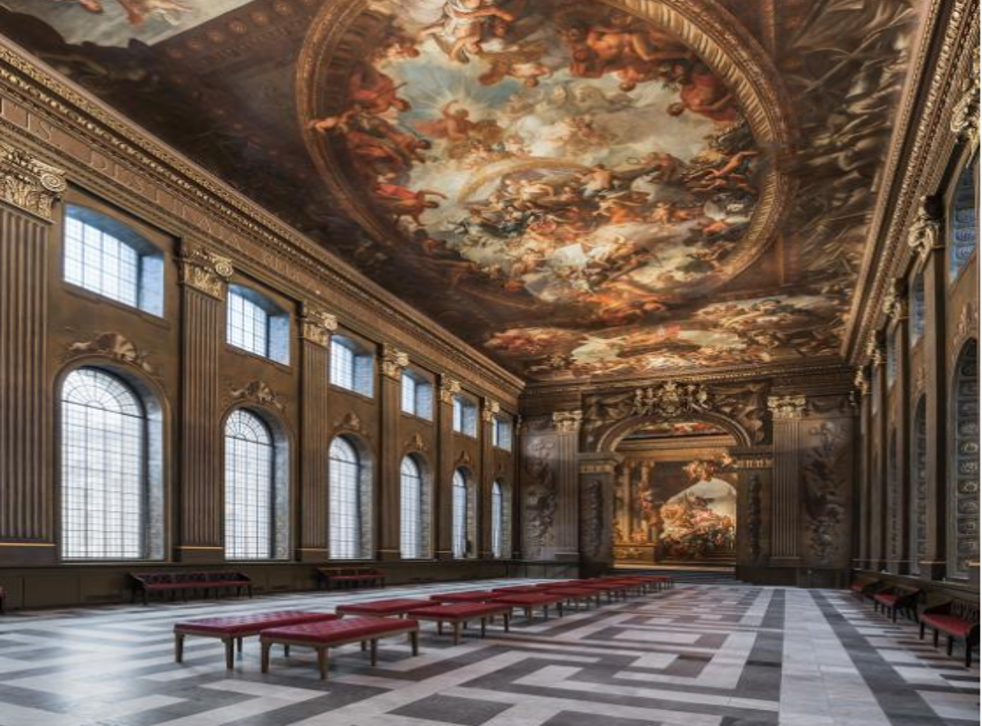 Travel to Britain
After a two-year conservation project to revive its spectacular ceiling, the Painted Hall at the Old Royal Naval College in Greenwich reopened. The 4,000 square metre space, which has been dubbed the Sistine Chapel of the UK, was created as a ceremonial dining room for the then-new Royal Hospital for Seamen by renowned architect Sir Christopher Wren in the early 18th century. 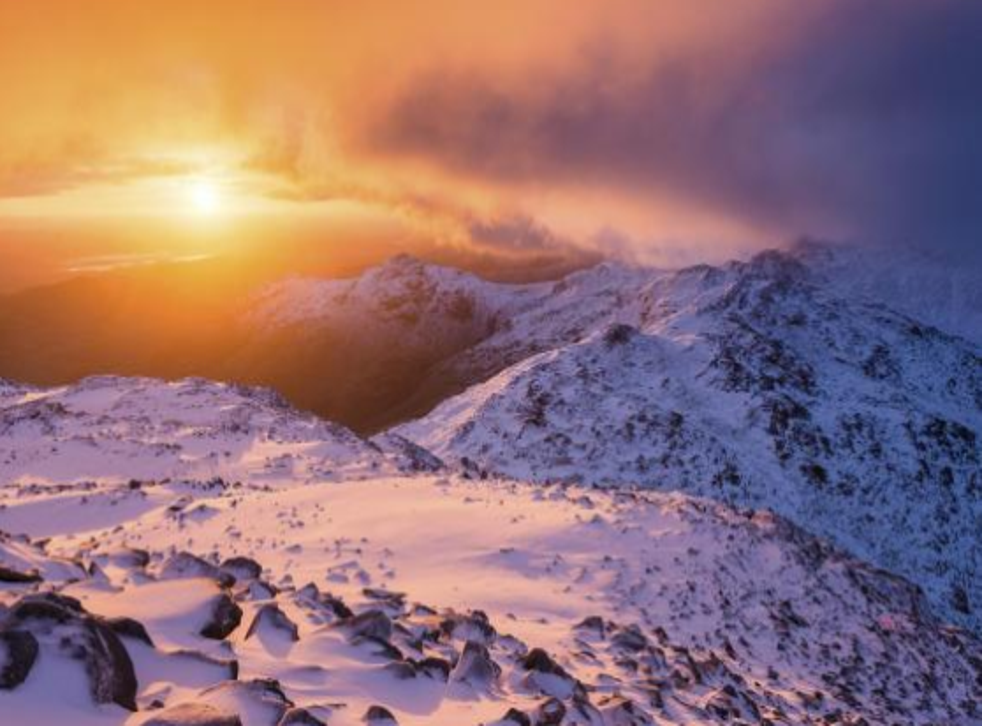 Travel to Britain
The Bowfell mountain’s snowy peaks could be mistaken for mountains in the Alps by an untrained eye. With a height of 2,960 feet and a spectacular location at the top of the Langdale valley, it is the area’s sixth-highest mountain and a favourite with walkers. 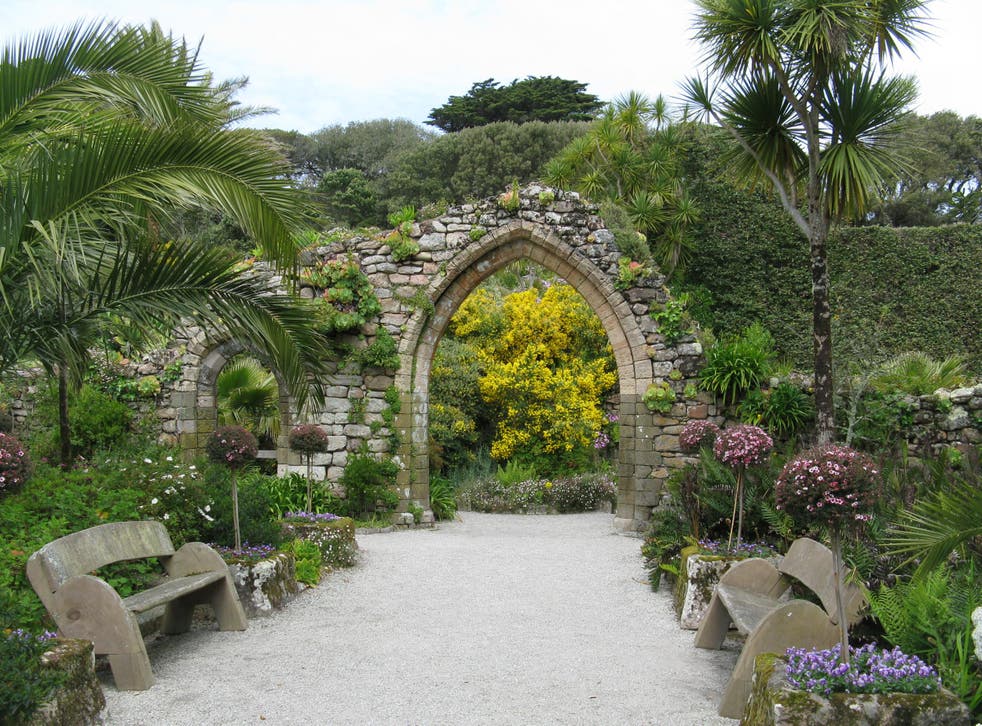 Numerous exotic plants can thrive in Tresco Abbey Garden thanks to the subtropical climate in the Isles of Scilly. The garden, which was erected around the ruins of a Benedictine Abbey in the 19th century, is now home to species from all over the world, including Brazil, New Zealand, Myanmar, and South Africa. It’s simple to pass the time by meandering through protected glades of tree ferns or taking a leisurely stroll along sunny terraces while taking in the ocean views beyond.

8. The Isles of Scilly’s top hotels 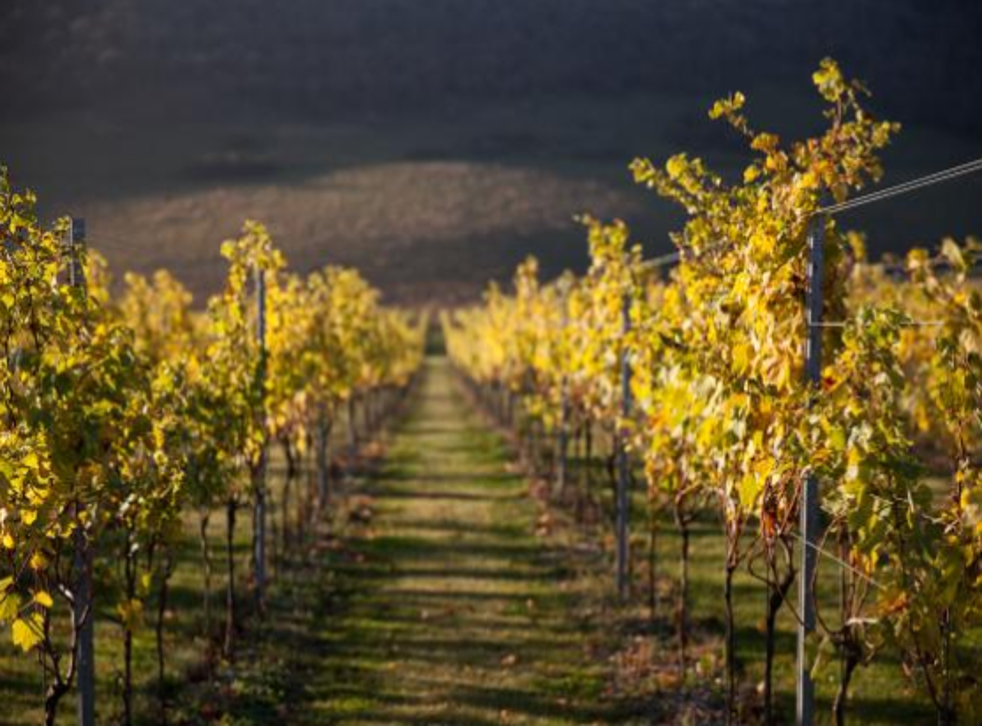 Travel to Britain
Although Sussex may not be the first place that comes to mind when thinking of wine production, this South Downs vineyard manages to produce exceptional English sparkling wines because to a fortunate convergence of chalk soil, a moderate climate, and south-facing slopes. If you choose a bright day and eat lunch in the vineyard’s restaurant, Champagne might as well be nearby. 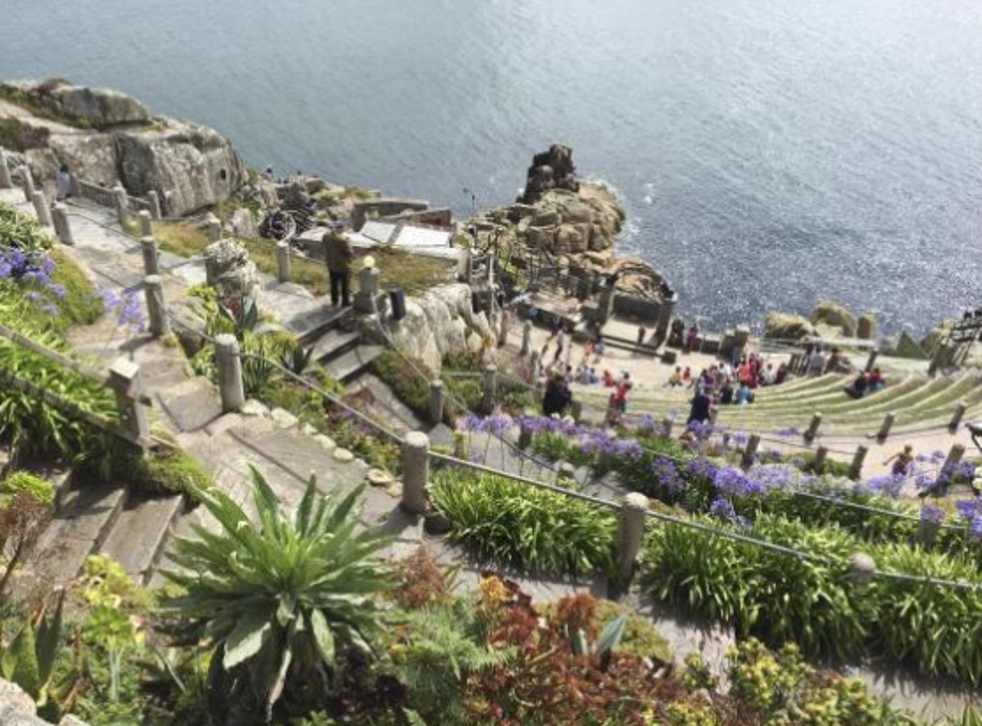 Travel to Britain
The Minack Theatre, perched on a cliff at the edge of the Atlantic, appears to have been hewn by ancient civilizations, but it was actually created in the 1930s by a local theatre enthusiast named Rowena Cade. Today, it serves as a magnificent stage for opera, musicals, and plays throughout the summer. 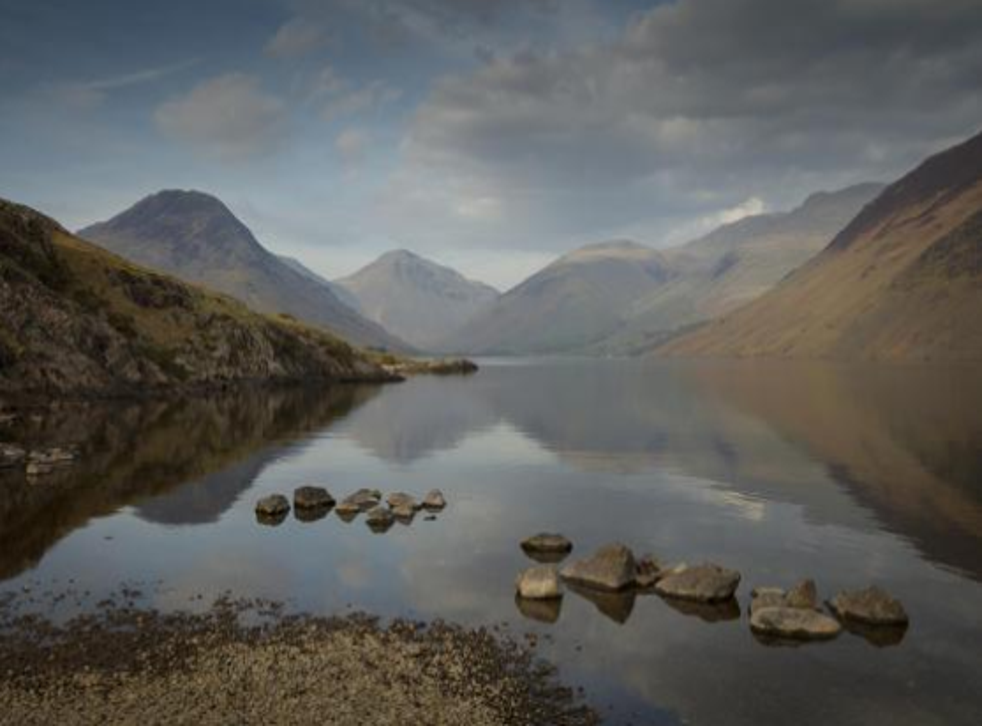 Travel to Britain
The most impressive lake in the region, it is half a mile broad and 260 feet deep. The lake has one of the best views for miles in all directions and is a fantastic starting place for a number of walks. The lake is surrounded by mountains such Red Pike, Kirk Fell, Great Gable, and Scafell Pike, which is England’s highest mountain. 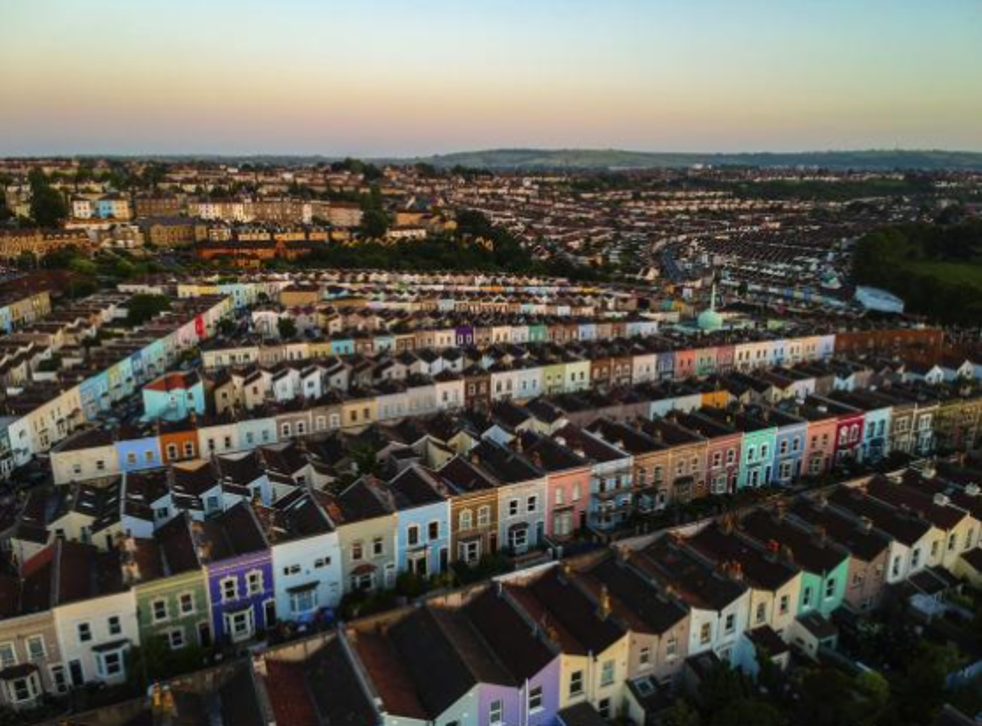 Travel to Britain
The upscale neighbourhood of Cliftonwood, which is located just outside of Bristol’s downtown, is home to numerous brightly coloured homes. Nobody is exactly sure when or why the neighborhood’s houses started to be painted, but they have evolved into a distinctive and colourful feature of the metropolitan skyline. The region is well known for its enormous street celebrations in addition to being incredibly photogenic. 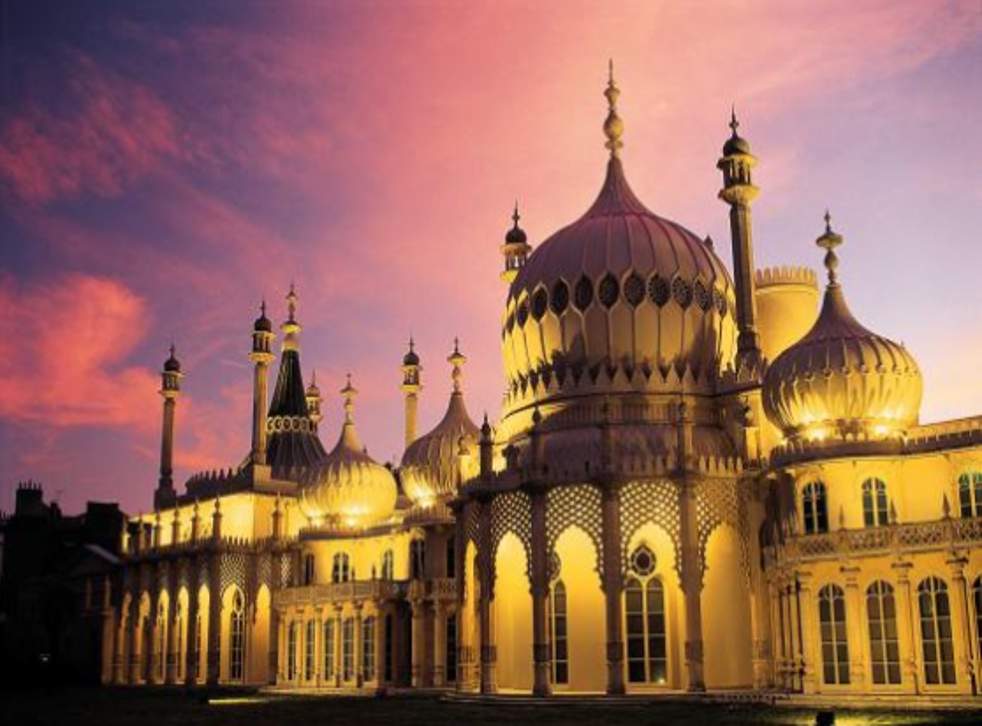 Although George, Prince of Wales, later known as George IV, had this structure constructed as a beach hideaway in the late 18th and early 19th centuries, it would not appear out of place in India. Although situated in a significantly chillier environment, it has been compared to the Taj Mahal because of its onion-shaped domes, tall minarets, and intricate colonnades. 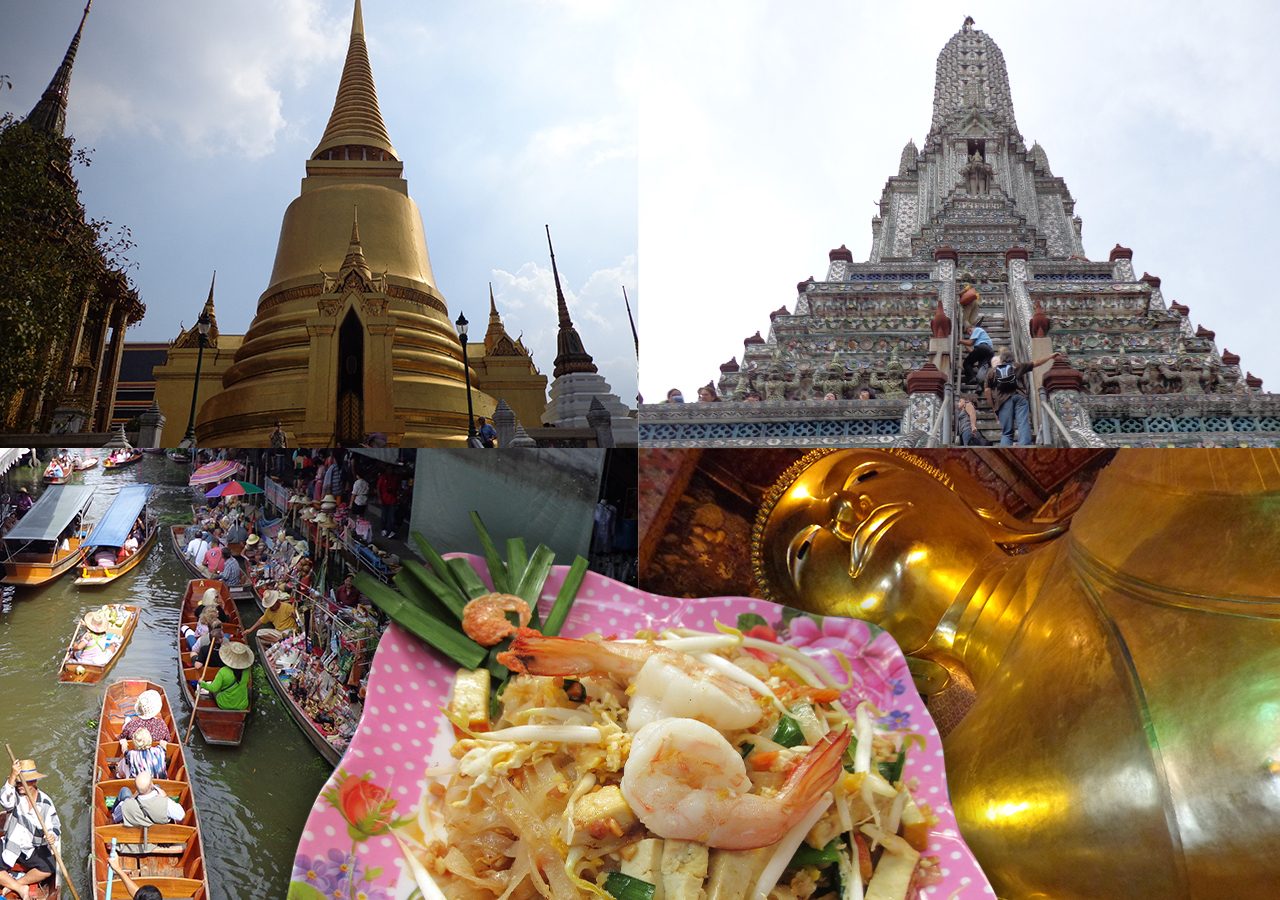 Previous post Bangkok is affordable! Warnings about potential cons to keep in mind on your 2020 vacation. 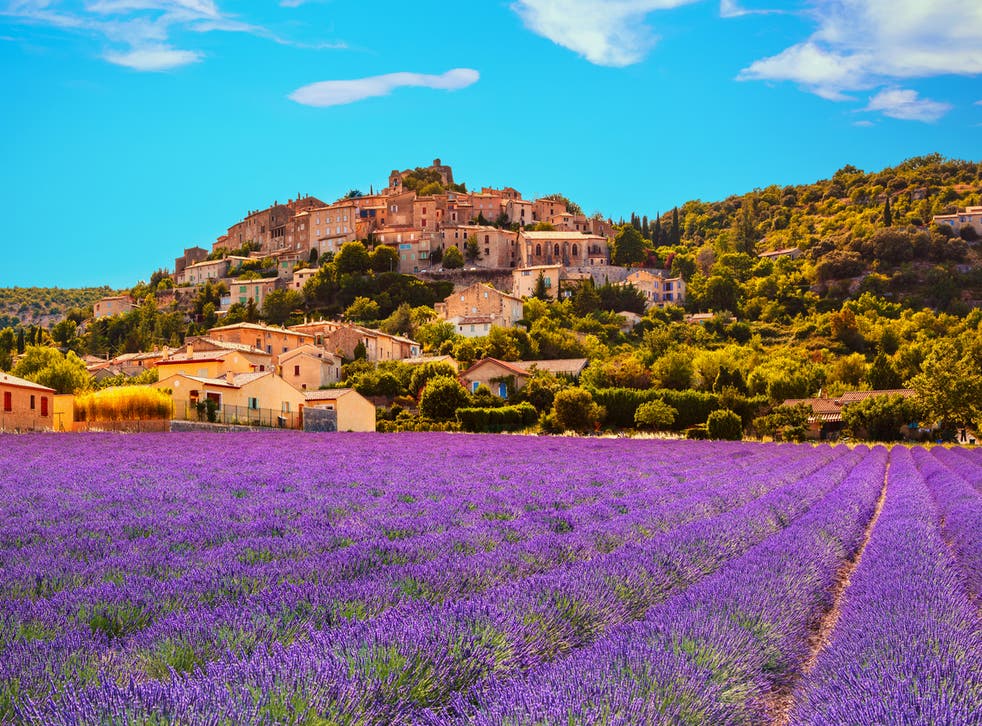 Next post How up-to-date are the rules regarding tourist restrictions in France?
Gurjinder Cheema

What are the newest regulations for tourists in Portugal? Porto, Portugal’s second city (Getty Images/iStockphoto) The current guidelines for British...

How up-to-date are the rules regarding tourist restrictions in France? Here are the current regulations for entering France, which followed...

Bangkok is affordable! Warnings about potential cons to keep in mind on your 2020 vacation. Before the epidemic, Thailand was...

Five basic booking mistakes any traveller should try to avoid Getty images To travel is to seek out novel experiences...

Complete pre-trip information for your trip to Australia. iStock-533342682.jpg© Gettyimages Australia boasts a bustling urban environment and an ever-improving...

Do you anticipate a rise in travel costs in the year 2023? Two people standing next to their suitcases at...